The Fethiye (Pammakaristos) Museum, will be closed to visitors for renovation until further notice. Sorry for any inconvenience caused. We renovate to serve our guests for better experience.

The Monastery of the Theotokos Pammakaristos (Mother of God the All-Blessed), now Fethiye Mosque, was located on the fifth hill of Constantinople, in the modern neighborhood of Çarşamba. It is located south-east of Chora and Blachernai churches. It is a Middle Byzantine Church, founded during the Komnenian era, with late Byzantine additions, notable for its extensively decorated parekklesion.
According to a lost inscription the founder was a certain John Komnenos and his wife, Anna Doukaina. The inner ambulatory was used as a mausoleum for members of the founders' family. After 1261, when Constantinople was reconquered by the Byzantines, the church came into the possession of the protostrator Michael Tarchaneiotes Glabas (c. 1235-c. 1305), who extensively restored the church. After his death in about 1305, his widow, Maria, became a nun and changed her name to Martha. During this time, she built a four-columned parekklesion with a two-storied narthex to the south as his funerary chapel and decorated it with very fine mosaics, of which parts survive. The monastery’s abbot, the monk Kosmas, was elected as patriarch in 1294 as John XII.

The katholikon of Pammakaristos is an ambulatory type of the cross-domed church, in which the central bay of the naos is separated from the rest of the interior. Its ambulatory envelops the twelfth-century building on the northern, western, and southern sides and once contained several tombs. The north ambulatory was constructed in the late thirteenth century, while the western and southern arms were built in the fourteenth century or later. Built to accommodated tombs, four arcosolia were found in the northern arm and a vaulted tomb was found under the pavement at the north end of the western arm. The easternmost bay, which terminated in a now-destroyed apse, was covered by a dome, indicating the existence of a chapel there. The rest of the bays are covered with domical vaults and had arcosolia. Several earlier, twelfth-century burials occupied the inner ambulatory of the naos in Pammakaristos. The construction of the western and southern arms of the outer ambulatory postdated the funerary chapel, although their exact date remains undecided. The cistern under the apse and nave of the church seems to predate the church and was perhaps a crypt belonging to an older structure. It is 7 x 3 meters and has 12 columns with Corinthian capitals. Other cisterns were also located around the church, include one located in the terrace wall south of the church. It is around 22 x 7 meters and has two rows of seven columns.

The parekklesion, likely dedicated to Christ, was added in the south side of Pammakaristos by Maria around 1310 to house the tomb of her husband. A series of epigrams glorifying Tarchaneiotes are located inside and outside the chapel. While it was attached to the main church, it was conceived of as an independent church in miniature. It is a cross-in-square with an apse, a naos whose central bay was covered by a dome, and a narthex with as gallery topped by two domes. The tomb of Tarchaneiotes and his wife was under an arcosolium at the center of the northern wall of the naos. It is a statement of power, wealth, and social standing, as well as the expression of the desire for perpetuation of the memory of both Michael and his wife, Maria. There were four additional arcosolia in the narthex: one on the south wall, one on the west wall, and two on the east wall on each side of the door. Extensively decorated with mosaics, it includes scenes from the life of Christ, groups of saints, and a Deisis in the main apse. There are also remnants of wall painting in the south arm of the ambulatory with typological allusions to the Virgin, including the closed door. There are inscriptions along the upper and lower cornices, a polychrome champlevé frieze with heraldic motifs – roundels of rampant lions – runs below the upper cornice.

From around 1455 to 1587, the church was made the seat of the Patriarchate by Gennadios II Scholarios. A document of the second half of the 16th century describes a number of tombs and relics there, including Alexios Komnenos. In 1587, it was converted into a mosque, after which it was significantly altered.  It was converted into a mosque around 1587 during the reign of Murad III. It was called Fethiye (“Conquest”) Mosque, in commemoration of the Ottoman conquest of Georgia. Sinan Pasha, then the Grand Vizier, established its madrasa.  Significant Ottoman alterations include replacement of the replacement of the tripartite bema with a qibla wall that consists of domed triangular projection. Its columns were also replaced with arches and a minaret was also added. In addition, large sections of its walls were removed to create a larger unified space. It was extensively restored, following damage by a fire in 1640. It was again restored around 1845 during the reign of Sultan Abdulmecid. Further restorations took place in 1938-1940, during which time the parekklesion came under museum authority. Byzantine Institute in Istanbul began to uncover the mosaics of the parekklesion in 1950. The parekklesion is now a museum. 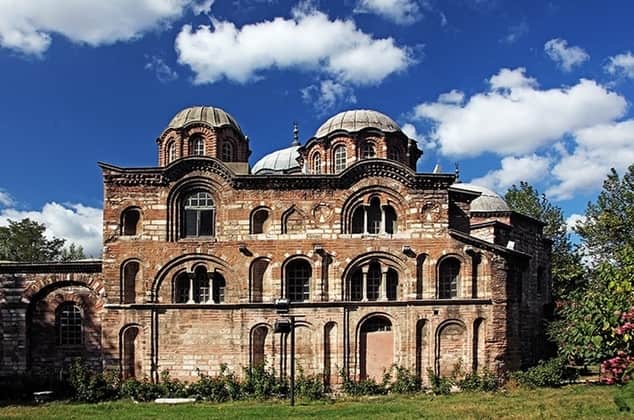 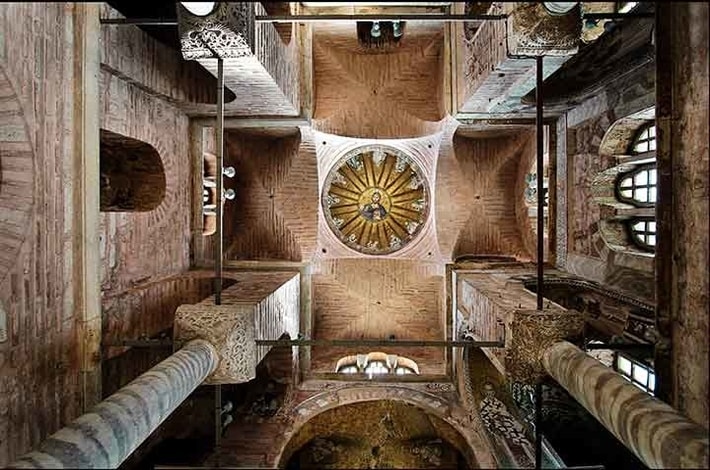 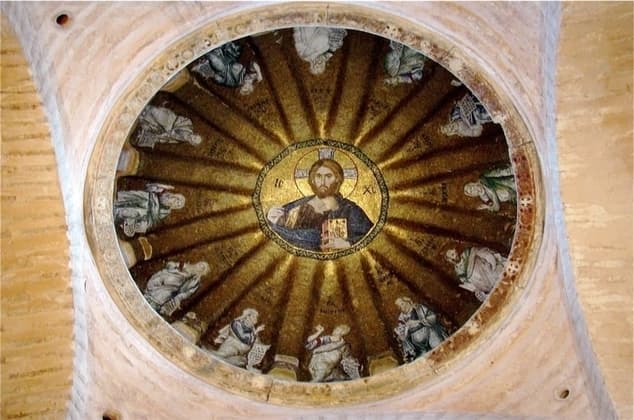 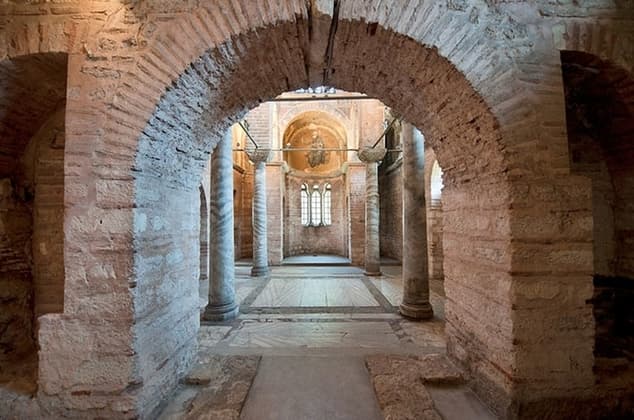 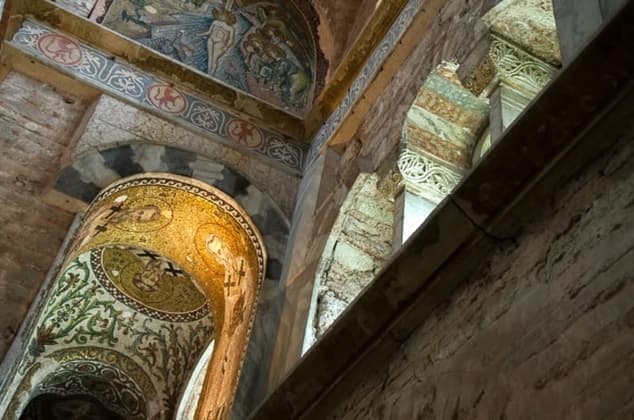 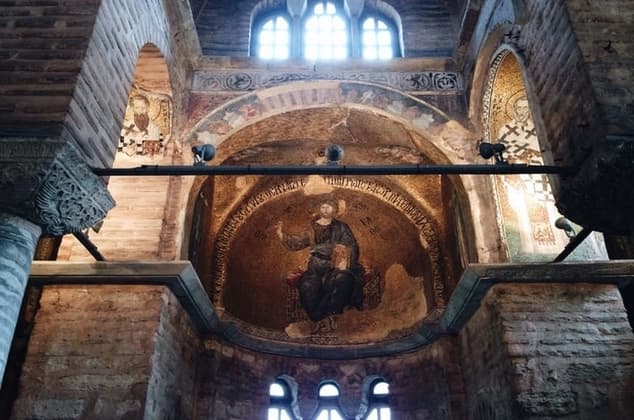