The Hagia Irene located in the outer courtyard of Topkapı Palace is the oldest church of the Eastern Roman Empire (Byzantine). It was also the second largest church in Istanbul after Hagia Sophia. Hagia Irene, originally means “sacred peace” (Hagia Eirene), has a special meaning as the first place where Turkish museology was born.

Hagia Irene, a typical Byzantine structure with its materials and architecture, was built on the site of an old temple in 330. During the reign of Emperor Justinianus, the Nika Revolt in 532 led to the devastation of both Hagia Sophia and the Hagia Irene, and two of them were rebuilt together.

After the fall of Constantinople since the church was not converted into a mosque it was used as loot and gun depot (Harbiye Warehouse) for a long time. In 1846, the first collection of artifacts of Turkish museology was exhibited and in 1869 it became the country's first official museum under the name of Müze-i Hümayun (Imperial Museum). The weapons collection was reorganized and it served as the first Military Museum between 1908 and 1930.

Hagia Irene, the only church whose atrium still remain intact, consists of atrium, narthex, three-nave naos and abscissa. Hagia Irene, built as a three-nave basilica during the reign of Constantine the Great (306-337), was rebuilt by Leo III (717-741) and his son Constantine Kopronimus (741-775) after the great damage caused by the earthquake in 740. Its upper structure was completely re-examined and restored with few changes and it had the plan and appearance of a domed basilica today. The decoration of the building which was thought to have had rich figurative adornments during the reign of Justinian (527-565) was completely changed during the reign of Leo III and Constantine Kopronimus. The cross mosaic of the apse semi dome is also from this period. 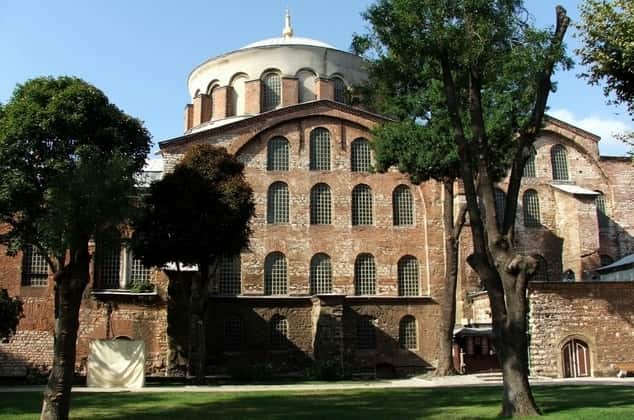 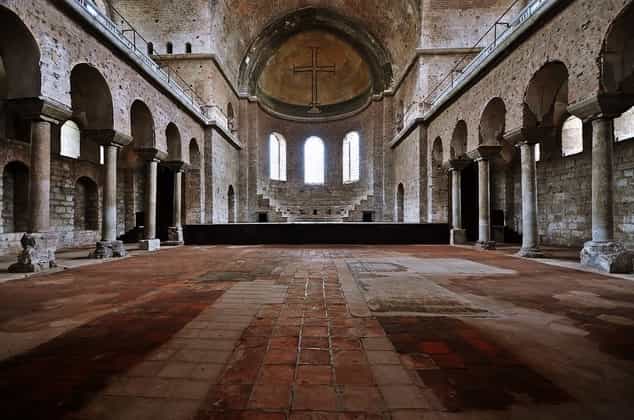 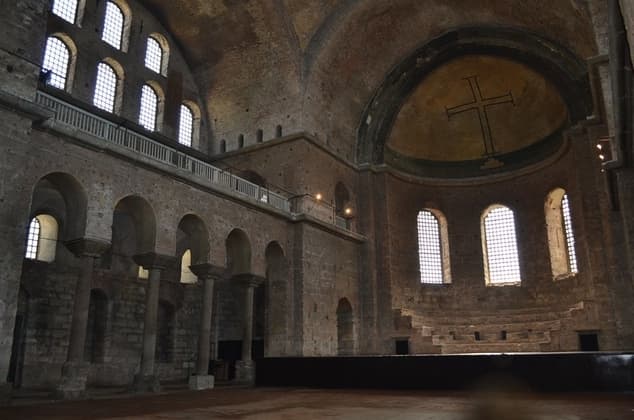 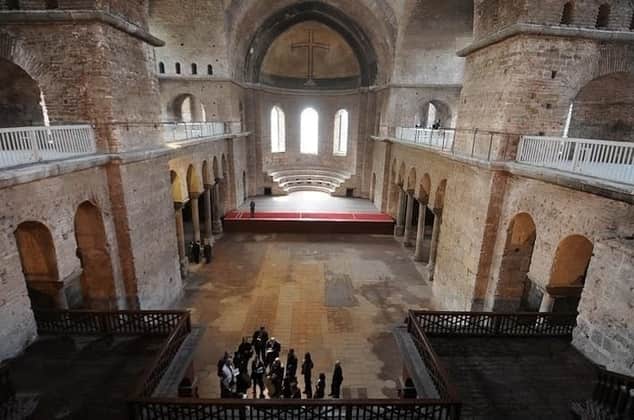 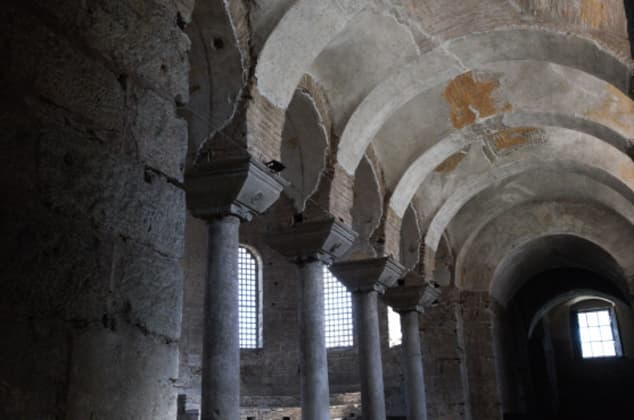 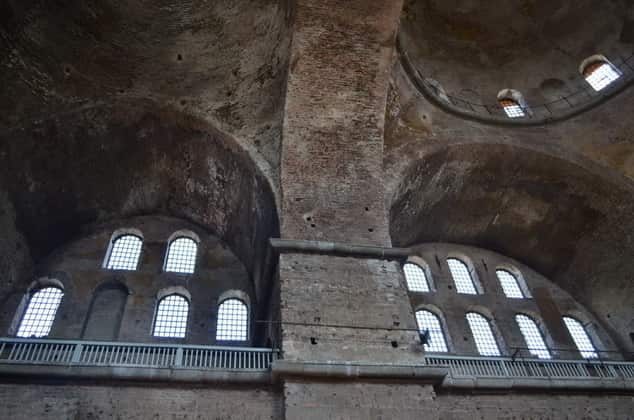 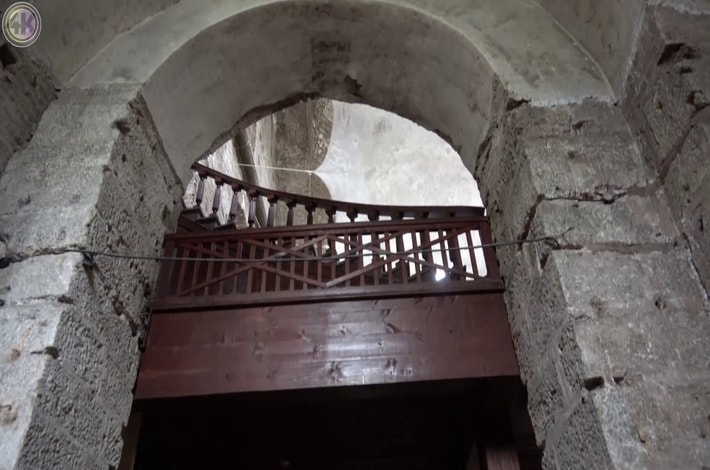 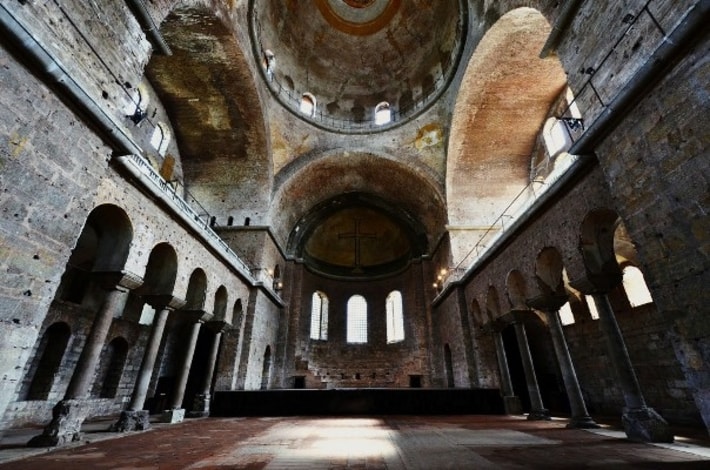 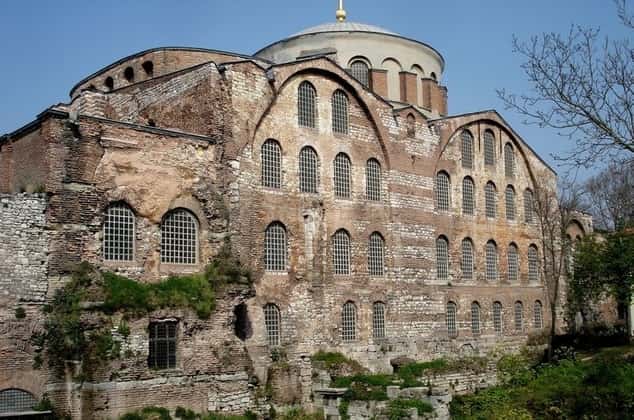 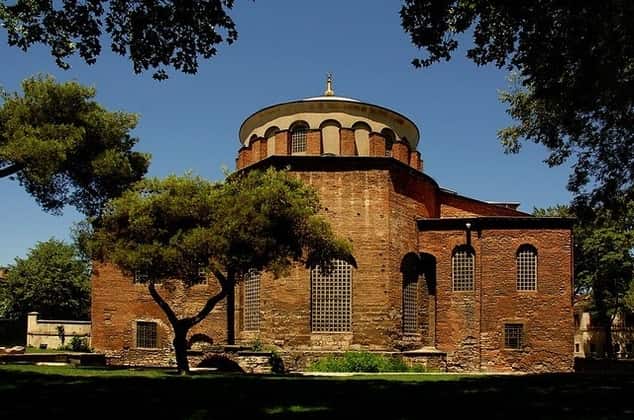