GALATA TOWER, ONE OF THE ICONS OF ISTANBUL

Considered among the oldest towers in the world and one of the symbols of Istanbul, Galata Tower (Galata Kulesi) was included in the UNESCO World Heritage Temporary List in 2013. Galata Tower, one of the most important structures that make up the silhouette of Istanbul, was used as a long-term fire watchtower and was named Galata Fire Tower.

Galata Tower was first built by the Byzantine Emperor Justinianos in 507-508 AD. The ancient Tower of Galata "Megalos Pyrgos", which means Great Tower stood on the north side of the Golden Horn in Istanbul, located in the citadel of Galata. The tower then marked the northern end of the great chain, which was expanded across the mouth of the Golden Horn to prevent enemy ships from entering the harbor. The tower contained a mechanism for raising and lowering the chain. This tower should not be confused with the present time Galata Tower, which is still standing and located at the northernmost and highest point of the citadel of Galata.

The Genoese rebuilt the current tower in 1348-49. When the Genoans captured Galata in the 1300s, they saw that most of the walls and the first tower were destroyed by the Byzantines. Ultimately, they repaired all the walls and bastions. They also rebuilt the Galata Tower, located at the top of the walls, and laid the foundations of today's tower. The tower, called "Christea Turris" (Tower of Christ) after a cross on its cone, gradually became the symbol of this small Latin society.

After the conquest of Istanbul, the Galata Tower was left to the Ottomans by giving the key to Fatih Sultan Mehmet on the morning of 29 May 1453. The marble inscription at the entrance indicates this: "On the morning of Tuesday, May 29, 1453, the Genoese presented the keys of the Galata colony to Fatih Sultan Mehmed and the hand over of Galata was completed on Friday, June 1.". The tower was raised between 1445 and 46 years. It was damaged by an earthquake in the 1500's and was repaired by Architect Murad bin Hayreddin. III. After the tower is repaired during the Selim period, a bay window is added to the upper floor of the tower. In 1831, the tower suffered another fire, II. Mahmut rises two more floors above the tower and the top of the tower is covered with the famous cone-shaped roof cover. The building was last repaired in 1967.

Galata Tower was built in the masonry rubble stone system. The exterior is stone mesh. The 16-line poetic inscription located above the entrance narrates that the tower was destroyed in the fire and had it repaired by Sultan Mahmud II. It is thought that the eulogy was written by poet Pertev in his name because it was built during the Mahmut period and last verse: "...Bu kulle pek metîn oldu pek a‘lâ yaptı Mahmûd Han” 1248 (1832-33). The tughra of Sultan Mahmud II between the two crescent and star motifs is scraped.

The round arched window above the door was the lookout for the soldiers. It is a nine-story building after the high ground floor. The windows on the cylindrical body are brick-knit circular arches. The development of the last two floors just below the cone roof is emphasized by the profiled moldings surrounding the cylindrical body. There is a observation balcony with metal ornamented network that surrounds the floor under the cone roof. On the lower floor, there are round arches sitting on deep niche piers and brick-knit circular arched windows.

Today, it is observed that the part of the building up to the third floor has a Genoese character and the other floors have an Ottoman character. The building is used today reestablished as a museum with exhibition areas by Ministry of Culture and Tourism in 2020 and opened to visitors on October 6th,2020, which is Independence Day of Istanbul.

Ahmed the wise, and his first unpowered flight

Hezârfen Ahmed Çelebi (b. 1609, Istanbul - d. 1640, Algeria) is one of the first people in the world who managed to fly with bird-like wings that he master planned and developed. Ahmed “Hezarfen” (the man who knows everything) jumped from the Galata Tower in 1632 crossed the Bosphorus and landed to Asian side neighbourhood Üsküdar Dogancılar. It is claimed that he was inspired by Leonardo Da Vinci and İsmail Cevherî, a Muslim-Turkish scholar who worked on these issues long before him. He also conducted experiments in Okmeydanı, Istanbul, before his historic flight to measure the durability of his bird-like wings, which he developed by studying the flight of birds.

This flight event of Ahmed Çelebi had great repercussions in the Ottoman Empire and Europe, and It was also appreciated by Sultan IV. Murad. Watching this flight from the Sinan Pasha Mansion in Sarayburnu, Sultan IV. Murad was very interested in Ahmed Çelebi at first, and even made him happy with "a bag of gold" according to Evliya Çelebi.

“First, he practiced by flying over the pulpit of Okmeydanı eight or nine times with eagle wings, using the force of the wind. Then, as Sultan Murad Khan (Murad IV) was watching from the Sinan Pasha mansion at Sarayburnu, he flew from the very top of the Galata Tower (in contemporary Karaköy) and landed in the Doğancılar Square in Üsküdar, with the help of the south-west wind. Murad Khan then rewarded him for his feat with a sack of gold coins, saying: "This man is uncanny: he is capable of doing anything he wishes. It is not right to surround oneself with such people". True to his word, he then exiled Ahmed to Algeria, where the scientist remained until his death.”

During the excavation carried out in 1965 to strengthen the foundation of the tower, a tunnel passing through the center of the sphere at a depth of four meters was encountered. It is thought that this tunnel, 70 cm wide and 140 cm high, made of stone went down to the sea as a secret escape route during the Genoese period. After descending about 30 meters in the tunnel, deformations and rockfall were found. During the same excavation, human skeletal remains as well as four skulls, ancient coins and an inscription were also found. Authorities came to the conclusion that the skeletons belonged to the convicts who tried to dig a secret path from the tower, which was used as a dungeon in the time of Kanuni (Suleiman the Magnificent - 1494/1566), and died by being buried under the ground.

Adjacent buildings of Galata Tower like the courtyard around it, fortification walls extending towards the shore, Turkish cemetery, the gates on the walls was destroyed and the ditches were filled by Şehremaneti VI. which was ruled by minorities and Levantines to make room for Levantine houses to be built there. The wooden houses in the Turkish architectural style, which can be seen in old engravings and even photographs, were demolished at the underneath and around the tower, and styleless masonry houses and apartments took their places.

Things To Do and See

Galata Tower Museum vicinity known for being social activities and a hustling cultural hub in new town that boasts a pile of monuments, experiences, and sights to make your time in Istanbul exceptional. From ancient monuments to shopping malls and cafes, Galata neighbourhood has it all. Explore more for a comprehensive countdown of the essential stops for you to visit and appreciate while you’re here. 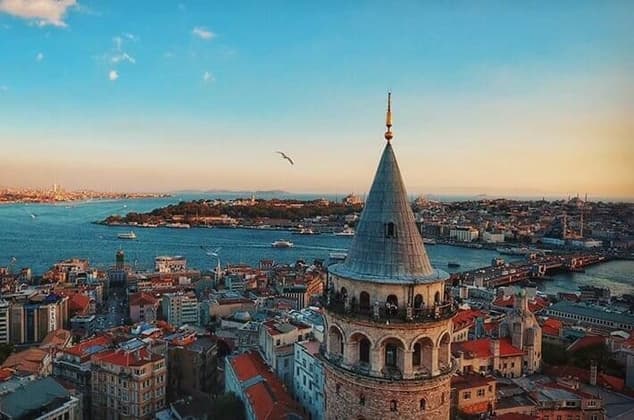 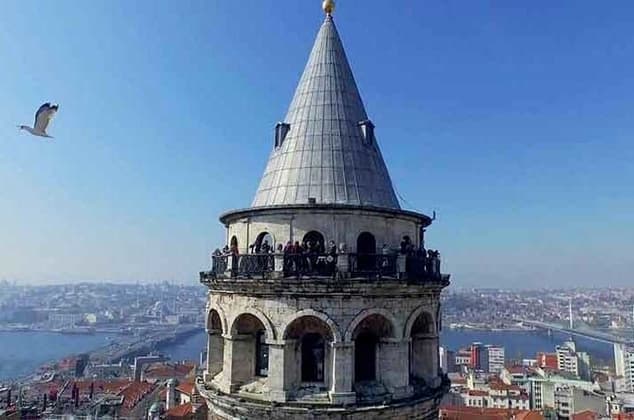 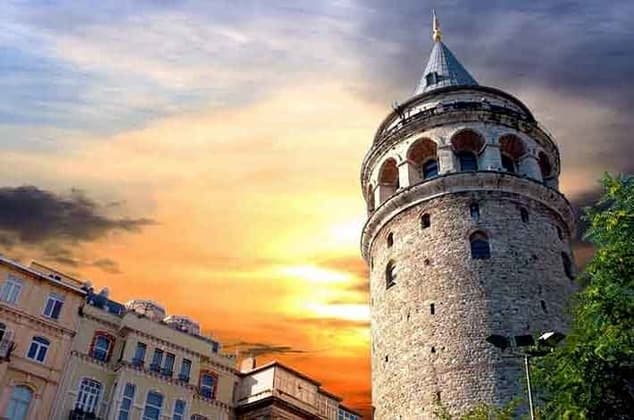 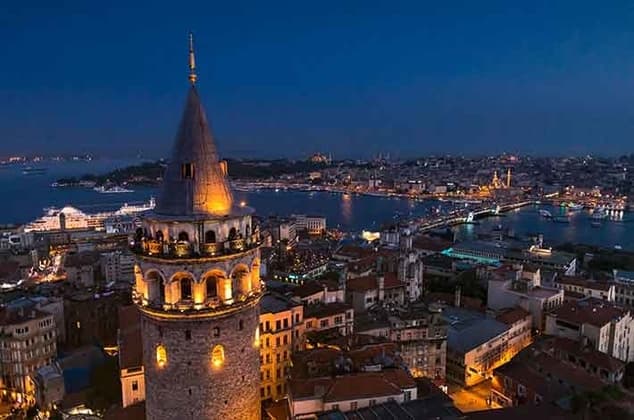