Everything About The Private Life Of The Ottoman:

The Harem apartment, where the Sultans lived with their families in private, was the dwelling of the members of the Ottoman Dynasty and the upper-class women of the Harem for centuries. It also functioned as a school with its own rules and hierarchy. The Imperial Harem of Topkapi Palace is extremely important in terms of architecture and its representation of the styles belonging to the period from the 16th century to 19th century.

It was a forbidden section where no one was allowed to enter except for Sultans, Sultan’s mother, wives and children, the Qadi, the Chief Consort, concubines and the harem guards (eunuchs).

The intensive construction and organization of this section, hidden with high walls from the Selamlık (Sélamlique) and other courtyards in the palace, began with the relocation of Sultan Suleyman the Magnificent together with his wife Hürrem Sultan and his family to the Harem of Topkapı Palace. The steadily expanding Harem apartments which was set in the second courtyard and in the backyard took its final form with modifications and additions spanning a long time.

There are barracks, rooms, kiosks and service buildings in the courtyards separated by gate entrances. There are more than three hundred rooms, nine baths, two mosques, a hospital, wards and laundry in the Harem, which was adorned with Kütahya and Iznik tiles.

Among the most striking buildings of Harem are; “The Privy Chamber of Murad III”, one of the important structures of Ottoman architecture Mimar Sinan’s work, “The Privy Chamber of Ahmed III also known as Fruit Room” one of the bright examples of The Tulip Era which created a flower garden effect and “The Twin Kiosk/Apartments of the Crown Prince”, known for its inside fountains.

WHILE YOU ARE HERE…

Visit the bath built in the name of the most prominent person of Harem, the wife of Kanuni, Hürrem Sultan. “Ayasofya Hurrem Sultan Hamam” was built on the site of historical Baths of Zeuxippus which were demolished in 532. It is located between the Hagia Sophia and the Blue Mosque. The Hamam, which was built by architect Mimar Sinan, had been open until 1910 and then it remained closed for a long time. The 75 m (246 ft) long structure is designed in the style of classical Ottoman baths and has two symmetrical separate sections. With a new idea in the Turkish bath architecture, for the first time, female and male sections were on the same axis. 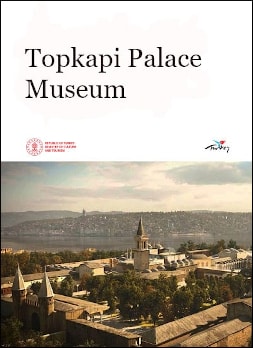 • MUSEUM OF THE HISTORY OF SCIENCE AND TECHNOLOGY IN ISLAM

• MUSEUM OF TURKISH AND ISLAMIC ARTS