ISTANBUL CHORA MOSQUE, INDISPENSABLE TO THE WORLD OF PAINTING

THE HOUSE OF WORLD-FAMOUS MOSAICS AND FRESCOES

The Chora Mosque (Kariye Camii) is renowned worldwide for its well-preserved mosaics and frescoes. It presents important and beautiful examples of East Roman painting in its last period. The idea of depth in mosaics and the moving style in figures are of outstanding artistic significance in the Middle Ages, foretelling the Renaissance period.

The name “Kariye” originated from ancient Greek word “Khora “which means countryside and changed into a Turkish word because the old church and monastery remained outside the walls of Constantinople. Chora Church, was built during the reign of Emperor Iustinianos in the 5th century. Repairs and additions have changed the original plan considerably. Today's building is from the 14th century.

Chora Church which was used as a palace church and a chapel in important religious ceremonies, continued to function as a church for a while. In 1511, it was converted into a Mosque by Atik Ali Pasha, the grand vizier of Bayezid II. Details of that period consist of the minaret in the southwest corner and the niche to the east of the main room. It was converted into a museum in 1945.

In 1948, Thomas Whittemore and Paul A. Underwood from the Byzantine Institute of America and the Dumbarton Oaks Center for Byzantine Studies, sponsored a restoration program. From that time on, the building ceased to be a functioning mosque. In 1958, it was opened to the public as a museum.

Turkish Council of State, which is Turkey's highest administrative court, ordered in 11/11/2019 that it was to be reconverted to a Mosque. its status changed to a Mosque by a presidential decree and promulgated on the Official Gazette in 21/08/2020.

The Chora owes its admirable 14th century-made frescoes and mosaics to Theodoros Metokhites who was in charge of treasury. In the outer narthex (generally western entrance section in eastern Roman basilica and churches), there are mosaics about the life of Jesus Christ and in the inner narthex about the life of Virgin Mary's.

Frescos with a vivid narrative depict important scenes from the Christian theology. The colorful and high-quality marble decorations on the floor and wall surfaces of the Chora deserve attention.

As Çelik Gülersoy, who devoted his life to Istanbul, carried out restoration work around Chora Mosque, the region has a lovely atmosphere. There are wooden houses great to be photographed and neighborhood cafes to have a rest when you are tired. 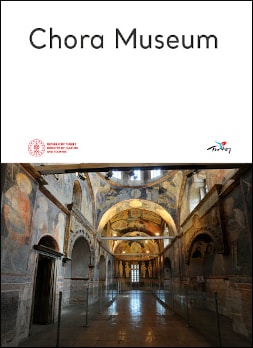