The Fortress (Hisar) Museum incorporates Rumeli, Yedikule and Anadolu Fortresses. Among all, Rumeli Hisarı Fortress however clearly stands out. The Fortress covering a 30-acre area in Sarıyer, also gives its name to the location. It was built in a short period of four months. By Mehmet the Conqueror in 1452 before the conquest of Istanbul in order to prevent attacks and block aids from the north of Bosphorus. This monument is located opposite the Anadolu Fortress, built by Sultan I. Beyazıt in 1394, and is located in the narrowest part of the Bosphorus.

The name of Rumeli Fortress was “Kulle-i Cedide” in Fatih Foundations and “Yenice Hisar” in the history of Neşri and in history of Kemalpaşazade, Aşıkpaşazade and Nişancı it was “Boğazkesen Fortress”. The timber used in the construction was brought from Izmit and Karadeniz Ereğlisi and the stones were brought from various parts of Anatolia and the ruins are the remains of Byzantine structures in the surrounding area. This monumental building was restored as a museum in 1953 and was opened its doors to visitors in 1968. The open theatre structure was added then and now performances are not organized here. The mosque which was built during Rumelihisari construction and then which was demolished, was built again in its original form in 2014. It also houses some events.

WATCHING THE BREATHTAKING VIEW OF THE BOSPHORUS FROM ITS LUSH GARDEN

There are 4 main gates named; “Mountain Gate”, “Dizdar Gate”, “Hisarpeçe Gate” and “Sel Gate” and a secondary gate named, “Mezarlik Gate”. There is a total of 17 high and small towers: “Saruca Pasha”, “Halil Pasha”, “Great Zaganos Pasha” and “Young Zaganos Pasha” are among the main ones. Because there is no exhibition hall or a warehouse in the museum, cannonballs, balls, a piece of the chain that was used across the sides of Golden Horn against attacks, are exhibited in the garden. Just to enjoy the view of Bosphorus from its lush garden is even a good enough reason to visit. 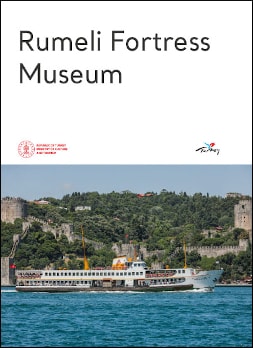 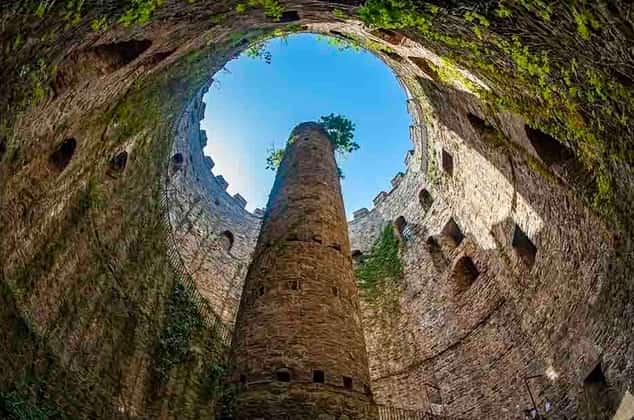 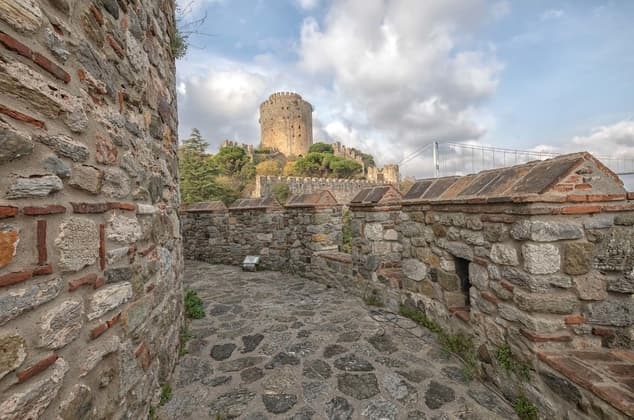 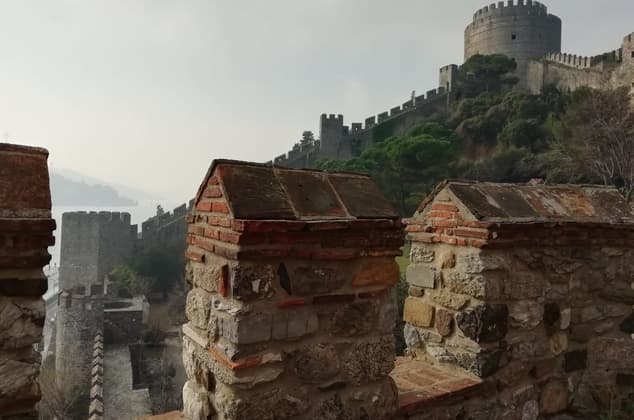 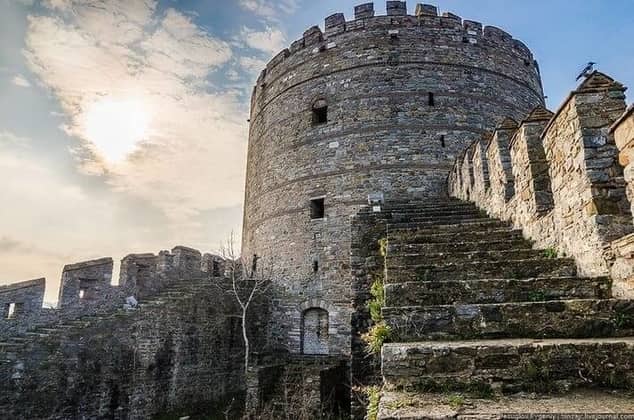