Turkish and Islamic Art Museum is the first museum in our country to include Turkish - Islamic artworks together and at the same time, it has the distinction of being the last museum opened during the Ottoman Empire Period. The Director of the Müze-i Hümayun, Osman Hamdi Bey formed a committee to establish a new museum to prevent continuing thefts from historic waqf (foundation) and religious foundation buildings such as mosques, masjids, dervish lodges, zaviyes and tombs. After collecting artifacts including carpets, rugs, manuscripts, wooden doors, lecterns and oil lamps etc. from the foundation buildings, museum opened for the first time in 1914 in the imaret building (Alms house) of Suleymaniye Mosque Complex, one of the most important structures of Mimar Sinan (Sinan the Architect) by the name of "Evkaf-ı Islamiye Museum" (Islamic Foundations Museum). After the declaration of the Republic and name the country "Turkiye Cumhuriyeti" on 29 October 1923, it was named "Turkish and Islamic Arts Museum" and moved to Ibrahim Pasha Palace to the west of Blue Mosque Square, in 1983. Apart from the Sultan palaces, the museum building is one of the earliest surviving palace buildings to the present day, dates back to the late 15th century.

Ibrahim Pasha Palace, one of the most important structures of Ottoman civil architecture, rises above the old “Racetrack Square” stairs. In 1520, it was repaired by Suleiman the Magnificent and gifted to Ibrahim Pasha of Pargali, his son-in-law and grand vizier. As well as being the palace of the vizier, in certain periods it also functioned as a ‘Spectator Palace’. In 1530, Sultan Suleiman the Magnificent watched the circumcision festivities of princes Mustafa, Mehmed and Selim from the oriel of Ibrahim Pasha Palace.

The elevated structure on the arches surrounds the terrace on the three sides. One of the most pleasant places in the museum is this terrace, overlooking the Sultanahmet (Blue Mosque) Square.

Tiem (Turkish and Islamic Art Museum) went under extensive restoration work in 1982 for display arrangements with a new understanding of exhibition. it was opened again in 2014, which was 100th anniversary of its first opening.

HOSTS THE RARE ARTS OF ISLAMIC WORLD AND TURKISH HISTORY

Containing 1,700 pieces, the museum’s carpet collection is the most important in the world. Its richness and diversity led to it being described in foreign publications for many years as a ‘Carpet Museum’. Together with significant examples from the Seljuk era, all groupings of Ottoman carpets are represented here in the utmost diversity: 15th century prayer rugs and carpets with animal figures; carpets made in Anatolia from the 15th to 17th centuries in a style referred to in the West as Holbein and Lotto, and the renowned Uşak (Ushak) carpets, with their characteristic medallions and stars, which were made in Uşak and the surrounding areas. Iran and the Caucasus also have a sumptuous carpet tradition and huge carpets from across these areas make up another important part of this collection.

The metal-glass-ceramic works in the collection are particularly important from the aspect of Medieval metal arts. Thanks to these works, it is possible to see the incremental changes in science, technology, tools, implements and everyday items between the 12/13th century and the end of the Ottoman era.

Other valuable assets of the museum are ceramics and gypsum plaster reliefs from Seljuk and Ottoman buildings that are mostly no longer in existence, wall paintings rescued from palaces in the famous Abbasid-era capital city of Samarra and stoneware from Raqqa. The same is the case for other groupings among the museum’s collections, especially the woodwork. Many of the door and window shutters, sarcophagi and book lecterns are rare surviving examples of the legacy of this exceptional artistic era. Additionally, this rich collection contains other fascinating pieces from the Ottoman era, including woodwork inlaid with pearl, ivory and tortoise-shell, peerless examples of the art of inlay, Quran ajiza cases, book lecterns and drawers.

Stonework from the early Islamic, Seljuk and Ottoman periods make up another important collection at the museum. Within the collection are column capitals from the Umayyad and Abbasid periods, architectural construction features, milestones and inscriptions, as well as the renowned Seljuk-era figure compositions sculpted from stone.

The Ethnography section of the Museum of Turkish and Islamic Arts houses collections containing different aspects of Ottoman social life from more recent history, from the 18/19th century to the first half of the 20th century. A substantial textile collection, together with comprehensive collections related to important institutions of social life, such as the hammam, coffee and Karagöz shadow plays, have been collated through field research. The ‘Istanbul Women’s Clothing’ collection and various items reflecting the life of the Turkish populace make this a fascinating section.

Explore the Blue Mosque and its surroundings. The park in the Square is especially colorful when tulips bloom. The racetrack which constitutes the most important part of the square witnessing many historical events, is a monument that cannot be overlooked. The must-see artworks in the Racetrack, where horse carriage races were held in Byzantine times, are Kaiser Wilhelm (German) Fountain, Theodosius Obelisk and Spiral Column. But after all, the place not to be missed in Sultanahmet Square is the Blue Mosque which gives its name to the square. 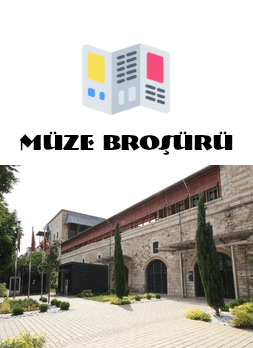 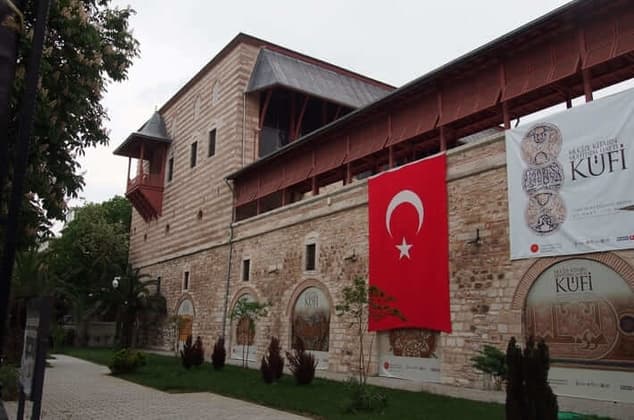 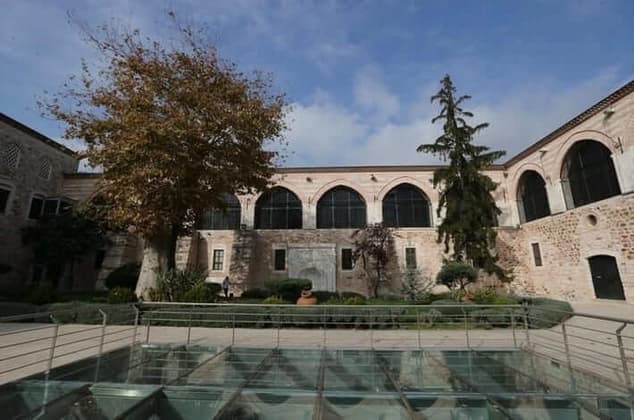 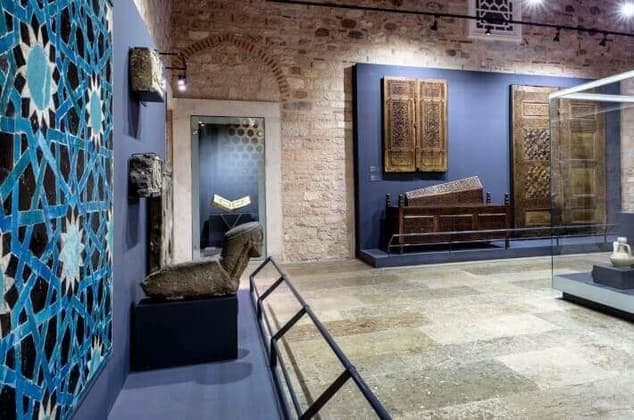 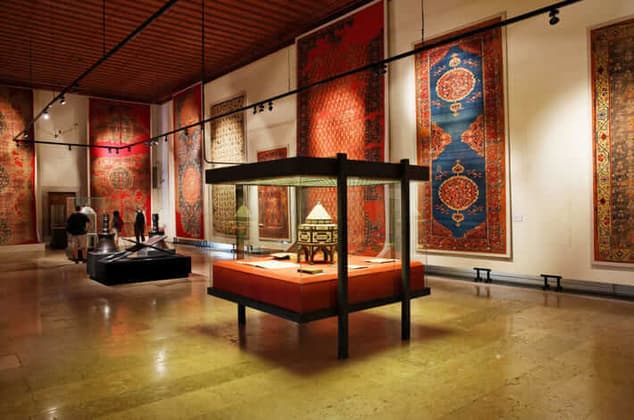 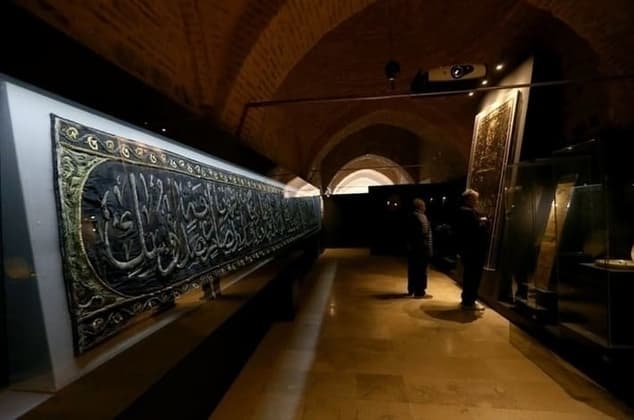 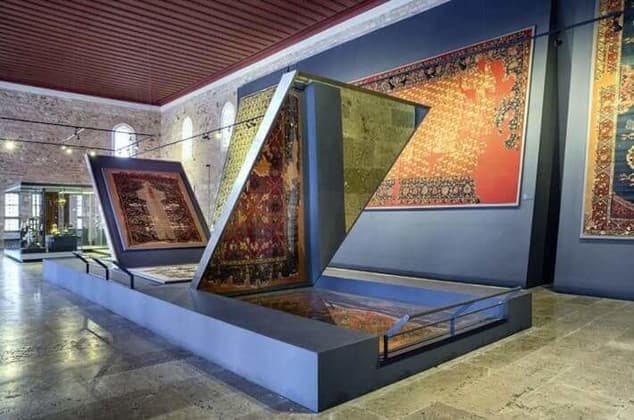 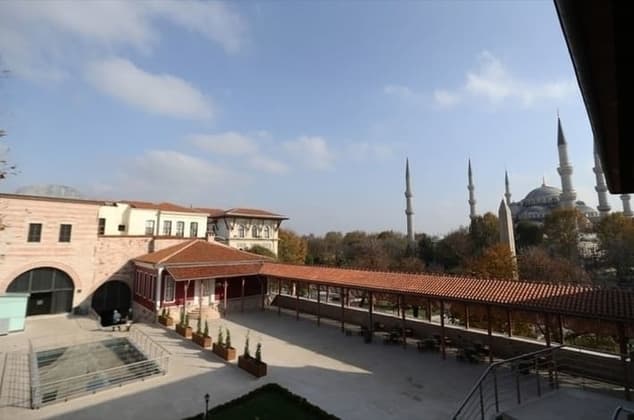